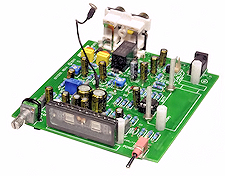 This is a battery-powered stereo preamp with a difference! It utilises the Korg Nutube 6P1 dual triode flat package valve (vacuum tube) which is capable of operating from just a few volts all the way up to 200V. Its classic ‘valve sound’ characteristics  and low power consumption give this project a retro touch, complete with glowing vacuum fluorescent ‘segments’.

The project mainly uses discrete components and is assembled on a double-sided PCB with a minimal amount of surface-mount soldering required.

The Nutube 6P1 is available in the UK from RS Components https://uk.rs-online.com/web/p/double-triode-valves/1449016 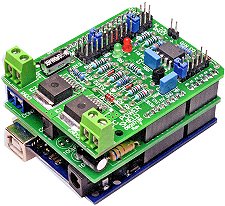 Digital Command Control (DCC) is an elegant way of controlling multiple model trains but commercial DCC systems can be quite expensive. This project could be the answer – it’s an Arduino-compatible controller shield that can form the basis of a DCC system, or as a DCC booster, or even as a high-current DC motor driver. Combine it with a PC and you have a potent and flexible model railway control system. 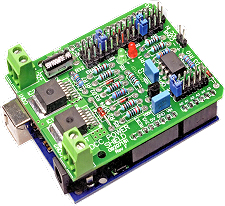 It can operate as a Base Station or Booster and is based on the Arduino Uno platform. It provides a DCC output of 12-22V peak at up to 10A or more. Full constructional details and programming guide are included in this month’s article. 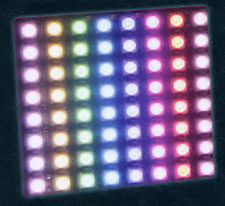 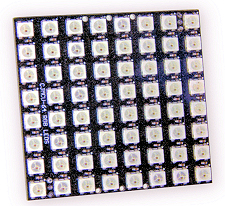 These ready-made 8×8 RGB LED arrays have a multitude of applications in signage, novelty effects, displays, or simply to have fun with. This particular array uses the WS2812B intelligent control LED chip which is analysed in depth in our article.  We also explore techniques for driving it from an Arduino and a Micromite.

You can find some useful information on this module in the following links: 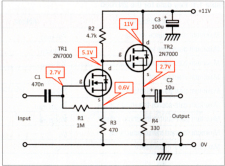 How to design and build your own amplifier circuits using this very handy MOSFET transistor.  Guidance for analysing demonstration circuit ideas with PC-based software is included.

Our column for PIC-micro enthusiasts continues with the creation of a development board for the PIC18F processor.  Looking ahead, there’s lots for readers to look forward to – interfacing with GPS, a digital compass, speech output, Alexa integration, Wi-Fi and servo control and more. PIC microcontroller fans won’t want to miss out on this exceptional series. 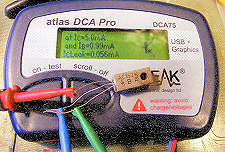 This month our hands-on audio electronics expert compares the performance of germanium and silicon-based amplifiers. 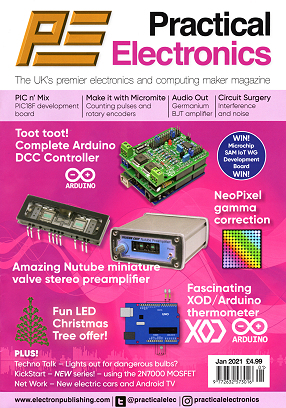