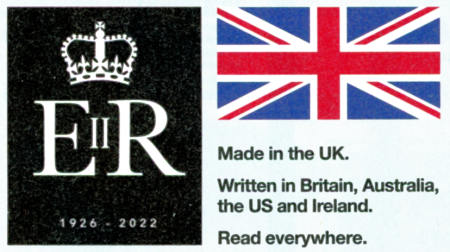 This month’s column celebrates some of Britain’s engineering milestones in communications and power generation that were celebrated by the late Queen Elizabeth II.

The Queen’s first radio broadcast in wartime 1940 was a warming Children’s Hour message of hope addressed to evacuated wartime children. It can still be heard on the official Royal YouTube channel at https://www.youtube.com/watch?v=VJI9LPFQth4 and a transcript is on https://www.royal.uk/wartime-broadcast-1940.

The Queen was always keen to utilise the latest in communications, and footage of the Queen’s television 1957 Christmas broadcast can be viewed at https://www.youtube.com/watch?v=mBRP-o6Q85s. The Queen televised her Christmas message in colour for the first time in 1967. A transcript is at https://www.royal.uk/christmas-broadcast-1967.

The Internet arrived in 1970s Britain in the form of a connection with America’s ARPANET, the packet-switching network that interconnected a number of high-end institutes and military establishments. Queen Elizabeth II would send her first email in March, 1976 when visiting the UK’s Royal Signals and Radar Establishment (RSRE). 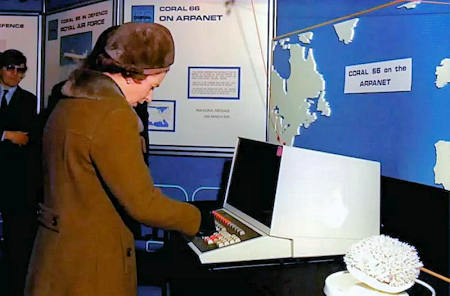 For her televised 2022 Jubilee festivities, the Queen embraced the latest CGI with an endearing TV sketch featuring Paddington Bear and marmalade sandwiches, which is now immortalised in https://www.youtube.com/watch?v=7UfiCa244XE. The same Royal channel on YouTube is updated regularly in a timely fashion at https://youtu.be/E_5REdx2Vtk.

An official Facebook page managed by the Royal Family would follow (https://www.facebook.com/TheBritishMonarchy ) and while visiting London’s Science Museum in October 2014, the Queen sent her first tweet, which read: “It is a pleasure to open the Information Age exhibition today at the @ScienceMuseum and I hope people will enjoy visiting. Elizabeth R.” In 2019, again at the Science Museum, Queen Elizabeth II posted on The Royal Family’s new Instagram account for the first time.

One of Queen Elizabeth’s last public appearances on television was her poignant ‘We will meet again’ message during the Coronavirus epidemic in April 2020. It evoked her wartime spirit and she made reference to that first ever Christmas message in 1940, and it can be bookmarked at https://www.youtube.com/watch?v=2klmuggOElE. 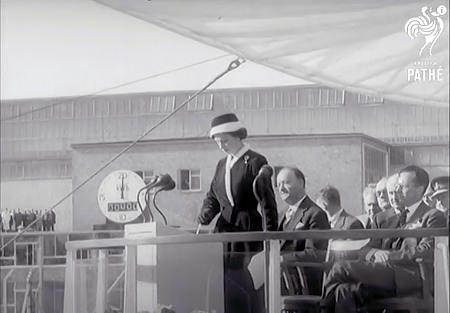 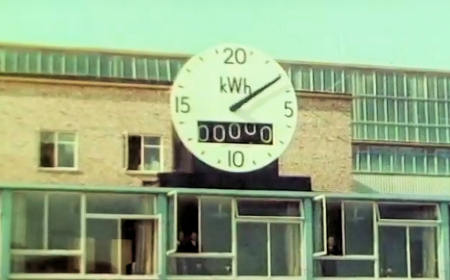 ^ The first few kiloWatt-hours of nuclear-generated electricity clock up on a ceremonial meter at Calder Hall. (Image: YouTube/ British Pathé)

A British Pathé news report entitled ‘The Atom joins the Grid’ (https://www.youtube.com/watch?v=DVBGk0R15gA ) showed the Queen inaugurating Calder Hall’s nuclear connection to the Grid for the first time. This major international event was attended by delegates from nearly 40 countries. The ‘Grid’ is the National Grid, the UK’s power network designed to interconnect all forms of available generation and distribute it around the country, see https://www.nationalgrid.com.

The country was shaken by an event in October 1957 at the neighbouring Windscale nuclear plant when some magnesium fuel cartridges jammed in a nuclear reactor pile, causing a huge temperature surge and risking a radiation leak into the environment. A useful BBC exposé laid bare the Windscale incident, summarised on http://news.bbc.co.uk/1/hi/sci/tech/7030281.stm and there is plenty more on YouTube, including https://www.youtube.com/watch?v=pxYz3lJ-iiQ .

The plant’s atomic weaponry roots are at least mentioned in the PR ‘Welcome to Sellafield’ at https://youtu.be/Fm2hpD8C4ks. 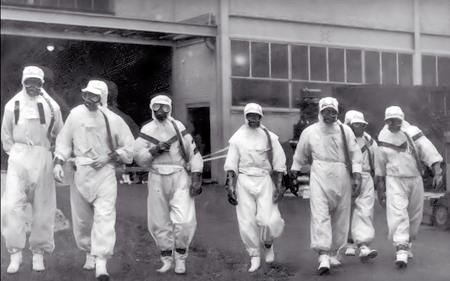 ^ Workers at the Windscale nuclear power station tackle the fire in 1957. The plant was subsequently rebranded as Sellafield.  (Image: “Windscale: The Story of Britain’s Chernobyl” / Fascinating Horror/ YouTube)

For a wider view of UK power consumption,  generation and import/ export (for guidance only), visit https://gridwatch.co.uk


This month’s Net Work column continued on the theme of smart meters and ‘demand side response’ (DSR), and I predicted ways in which smart meters will increasingly be used to influence our energy consumption. 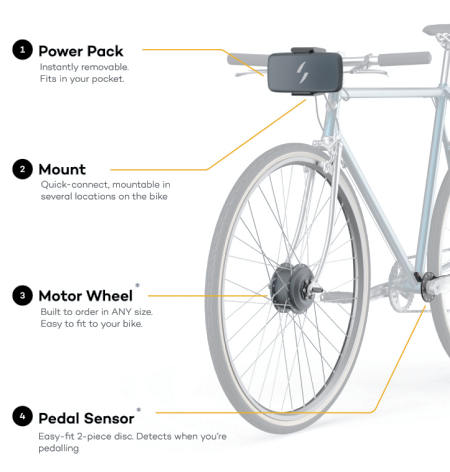 Lastly I rounded off with news of a new British start-up that has launched a conversion kit that turns an ordinary bike into an electrically-propelled one, by replacing the wheel for a custom-built motorised one. It will fit almost any type of bicycle, and more information is on https://www.swytchbike.com.

See you next month for more Net Work!