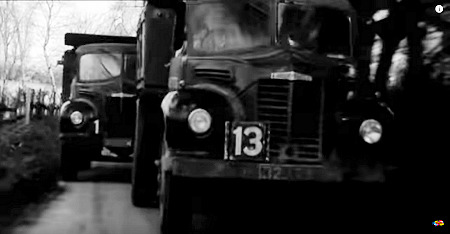 A classic 1957 British movie Hell Drivers portrayed tipper-lorry drivers duelling on the roads and driving long hours at breakneck speed, in order to deliver as many loads as possible and earn a bonus for the day. The 1¾ hour black and white film has some rising British stars and it’s currently on YouTube at https://www.youtube.com/watch?v=7Qb8K1qClyA. 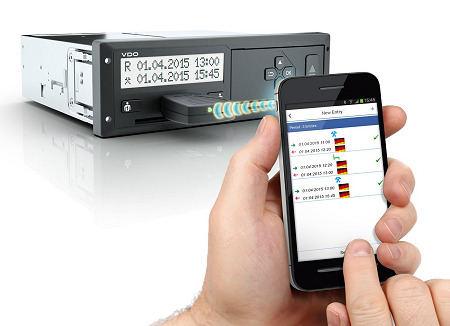 Today, digital and ‘smart’ tachographs are available to monitor truck journeys, and data is stored both in the unit’s internal memory and also on compulsory driver smart cards. To show what onerous regulations today’s truck drivers have to contend with, these are summarised on the UK Government website at https://www.gov.uk/guidance/drivers-hours-goods-vehicles/4-tachograph-rules.

I also suggest some ideas for ‘black box’ or telematics units that are offered by some car insurers.

I wrote previously that new technological aids are becoming compulsory on European (EU) cars, and it’s likely that the UK will adopt them as well, starting with Intelligent Speed Assist (ISA), the traffic sign and/ or GPS speed limiter that I’ve mentioned in earlier columns. Advanced Emergency Braking (AEB) will both sense the proximity of traffic ahead and brake the car automatically.

Also coming is the “fatigue and sleep detection assistant” which looks for constant or erratic steering corrections while measuring the length of time the engine’s been running.  This elaborate technology merely lights up a dashboard ‘coffee cup’ signal reminding weary drivers to take a break. How VW sees the Driver Alert System working is shown in a YouTube video at https://www.youtube.com/watch?v=WqR3YbjxyS0.

Magic in the Sky 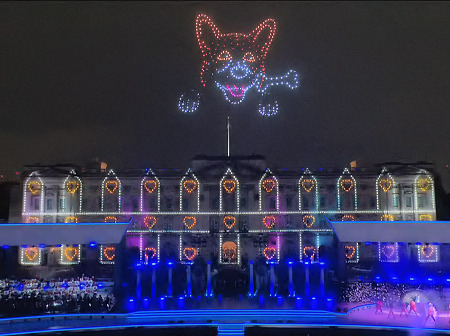 The Queen’s 70th Platinum Jubilee held in London in early June 2022 brought out the best of British pomp, ceremony and humour to celebrate 70 years of Queen Elizabeth II’s rule. A night-time light show depicted various images in coloured lights, carefully co-ordinated in the skies over London.  London and Singapore-based Sky Magic specialises in creating these drone displays for events like the Jubilee. Sky Magic’s custom drones incorporate nine super-bright LEDs producing a total of 900 Lumens that are visible from 2km away, optimised to reduce power consumption and maximise flight duration in displays that span some 300m in width.

A swarm of 400 computer-controlled light-emitting drones was marshalled for the Jubilee display. The aerial festival was an enthralling experience, and interested readers can see more about the technology at https://skymagic.show.

The Party at the Palace TV programme is available on BBC iPlayer for UK-based, or (overseas) VPN users accessing a UK-based server, at https://www.bbc.co.uk/iplayer/episode/p0bk5pd7/the-queens-platinum-jubilee-platinum-party-at-the-palace

Whose IDea is this 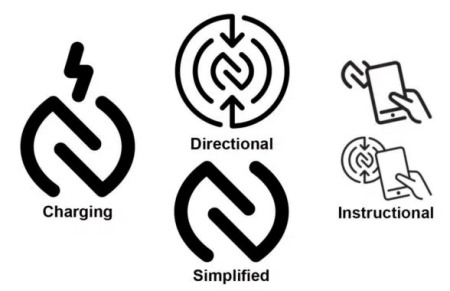 A new set of symbols will gradually appear on NFC-enabled equipment: industry is being encouraged to select the most appropriate NFC ‘Wayfinding’ symbol, depending on a user’s likely familiarity and experience of the equipment and how often a tag would ever be tapped (once or twice in a lifetime? All the time?). You’ll find the symbols in this month’s magazine feature, and there’s more at https://www.youtube.com/watch?v=QZEftIt2fbE 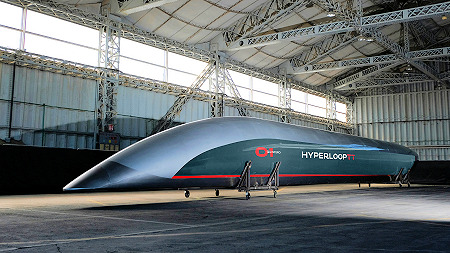 ^ A Hyperloop ‘capsule’ under development in Toulouse, France.

Research and feasibility studies continue on a proposed ‘hyperloop’ transport system, which aims to move passengers and freight safely over ground in capsules travelling at up to 750mph – faster than a Boeing 777. Linear motors will drive the pressurised carriages on a magnetic cushion, contained within low-pressure tubes.

Hyperloop Transportation Technologies (HyperloopTT, see https://www.hyperlooptt.com) is headquartered in the USA and Toulouse, France and has now received investment from the scientific and engineering consultancy Thornton Tomasetti to take the project forward. While Britain stumbles to ever complete its HS2 high speed rail line over a few hundred miles (see https://www.hs2.org.uk), a hyperloop overground pipeline-based transport network could see futuristic seaport and ‘hyperport’ terminals being built in the USA or across Europe. I’ll track the progress of Hyperloop, and an interesting insight is at https://youtu.be/uwm3qvFWVRU. 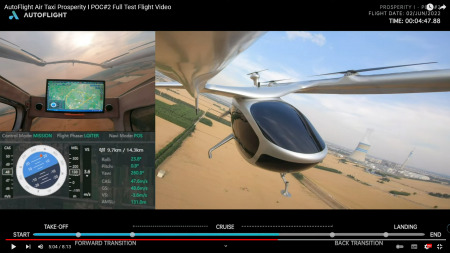 ^ AutoFlight’s Prosperity eVTOL air passenger taxi completed a second round of trials in Germany in June.

AutoFlight’s electric vertical take-off/ landing (eVTOL) Prosperity air taxi featured earlier in Net Work columns completed its second proof-of-concept test in June. A full-size prototype with revised propeller configuration has made 30 flights, transitioning from vertical lift to forwards cruising and back home again. The air taxi will carry three passengers plus a pilot, and a full test flight video is at https://www.youtube.com/watch?v=o3t40KcnMBo which will interest drone enthusiasts. A production-ready version of the air taxi is expected later this year.

Windows PC users are warned of a surge in deadly ransomware attacks that exploit a Zero-day security hole – the so-called ‘Follina’ vulnerability – in Microsoft’s operating system. This latest wave of malware can wreck networks, so users should be extra-vigilant and watch out for dodgy-looking MS Office or rich text files, .zip files arriving by Email or .html links (eg in forums) that may download malware onto your system. Particularly worrying is that simply ‘Previewing’ infected files in File Explorer’s Preview pane can trigger the attack, even without opening the file, so Preview should be disabled, at least until the flaw is patched in a Windows update.

How ransomware gangs are clubbing together to attack networks is published on The Register IT website at https://www.theregister.com/2022/06/09/qbot-malware-microsoft-follina, which also explains how machines can be infected by the Follina exploit in the first place. A detailed analysis has been published by Sophos at https://news.sophos.com/en-us/2022/05/30/follina-word-doc-taps-previously-unknown-microsoft-office-vulnerability .

Instrumentation on NASA’s James Webb space telescope continues to be commissioned ready to commence operation. One of the observatory’s mirrors was recently struck by a widely-reported, but tiny-sized, micrometeoroid which has not affected the telescope’s operation. Its first full colour images are due in mid July and the web page https://webb.nasa.gov/content/webbLaunch/whereIsWebb.html  shows the current progress along with the instrument’s operating temperatures – it’s rather chilly at -241°C.