A super project for car enthusiasts, this PICmicro-based project can be used with a vehicle oxygen sensor to display the car’s air/ fuel ratio as you drive, so you can see when the engine’s ECU is running richer or leaner.  Can help with fuel economy by improving your driving style. It’s intended for use with a wideband oxygen sensor and its associated wideband controller, but could be used with narrowband ones instead.  Also the project could display the output of virtually any other type of sensor having a 0-5V output signal, showing either an ascending or descending display on its LED readout.  Auto display dimming at night and programmable switches. Free source code downloadable from our Library.

This versatile ultra-high quality design is a 24bit 96kHz-capable stereo DAC that provides sound quality equal to the best high-end CD players.  It’s the ideal accessory for discerning audio enthusiasts who enjoy listening to their CDs on DVD players but are disappointed by the myriad of hums, buzzes and distortion that their DVD player can introduce on the sound.

Our design has one S/PDIF  input and two TOSLINK optical inputs, to which you connect a DVD player, set-top box, DVR, PC or other source of PCM audio. It also has stereo phono outputs for connection to an audio system.

The Stereo DAC is rack-mounted, has a toroidal mains transformer and features PCBs for the DAC, switch panel and power supply. An ATMEL  MCU is used in this project. In this month’s article, construction of the various modules and header cables is described. In Part 3 next month, assembly and remote-control programming and software options are described. 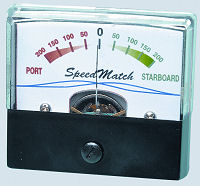 Just the thing for powerboat enthusiasts, this interesting project will help owners of twin-engined boats to keep noise, vibration and drag to the minimum.  Boats that run at speeds of as little as 15 r.p.m. difference can suffer unpleasant “beat” vibration throughout the vessel which apart from being disagreeable to occupants can also induce extra wear on engines, gearboxes and drive shafts over time.

Our project reads the tacho signals of both engines directly and displays the “balance” on a moving coil meter, helping the skipper to adjust for null difference. Happy voyage!

Ever since Windows Vista arrived, hobbyist access to USB port has been frustrated, making life hard for those wishing to control externally-connected hardware. Devised by Dr P J Radcliffe of the School of Electrical and Computer Engineering, Royal Melbourne Institute of Technology, this brilliant open-source hardware-based I/O board could be the answer to your dreams!

The Open-USB-I/O will let you drive an array of both analogue and digital inputs and outputs via a PC or laptop’s USB interface.   The Open USB I/O board is Atmel-based, compatible with Windows, Mac and Linux and is accessible via its GUI, command line or program code.  Note, users must take precautions to protect the microcontroller’s inputs against over-voltage, otherwise damage may result. 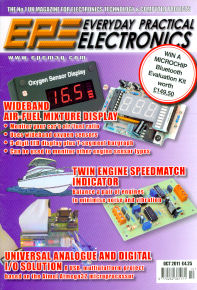