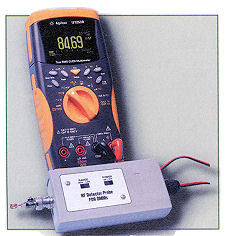 This low-cost detector probe allows you to measure RF signals from below 100kHz to over 1GHz, with your digital multimeter for signal voltages between 20mV and 10V r.m.s.  You can use it with a probe or sniffer loop, and you can even measure the voltage across a coaxial cable load and calculate the power.  Discrete i.c. design.

Add a UHF Link to a universal remote control

Add this tiny UHF module to your infra-red remote control and operate appliances by radio control instead of IR light, from anywhere in the house. Our companion UHF-to-Infra Red Converter (also described) is needed too, and is positioned close by the device to be controlled. PIC 12F675-powered, with free source code available from our Library.

Circuit modifications are also shown (with updated source code) to enable this design to be used with the 10-Channel Remote Control Receiver (July 2014 issue). 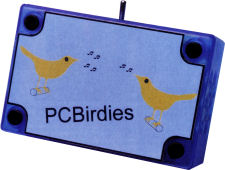 A PIC-powered project that will bring the delightful sound of twittering birds into your home. Operating from a 3V coin cell, this project has two PIC12F675 MCUs that generate two channels of randomly-timed canary bird song, or chirps, tweets and warbles, played over independent piezo sounders. 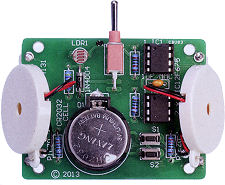 Each burst of song lasts about eight seconds.  They only sing during daylight thanks to the inclusion of a light-dependent resistor. 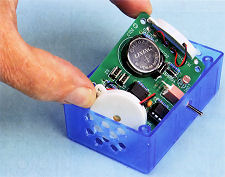 Low-current design draws 1.8µA during silence and 735µA  per microcontroller when singing. A simple to build novelty circuit that will bring you lots of pleasure.

This little circuit uses just a few parts and mates with a standard 5V switchmode plugpack or a standard USB supply/ charger. If you already have a 5V mains adaptor, this project will cost you less than a proprietary charger and is easy to build. A great way of adapting a USB charger to suit an iPod.

If you carry valuable data around on a USB flash drive, then this checker will test the suitability of a USB port voltage before you insert the memory device. Especially useful for guarding against damage from USB hubs, poor quality PC power rails or home-brew PCs that use USB pin headers on the motherboard where connection errors can arise. 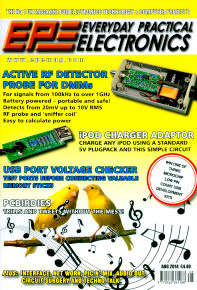