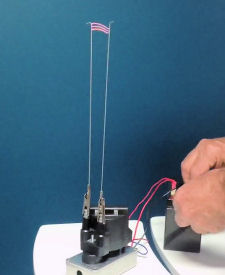 This high-voltage spark generator gives an impressive display of high-tension electric sparking and climbing up a pair of electrodes, as seen in some horror movies but downsized to a more manageable hobby project.

Powered from a 12V sealed lead acid battery, PIC 16F88-based and requiring a particular car ignition coil (see article for details), straightforward to build. A video of the finished thing is at www.siliconchip.com.au/videos/jacobsladder

WARNING! THE JACOB’S LADDER GENERATES VERY HIGH VOLTAGES. IT IS SUITABLE FOR EXPERIENCED AND COMPETENT CONSTRUCTORS ONLY.

Were you interested in the precision GPS timebase featured in the March 2014 issue? That was the ‘no-frills’ version. This month we’re proud to present our ‘Deluxe’ version which also suits our 12-digit Frequency Counter (Jan, Feb 2014 EPE).

It not only provides the same near atomic-clock accuracy 1pps pulse for the counter’s timebase, but also extracts the NMEA 0183 data stream from the GPS satellites for processing on your PC. 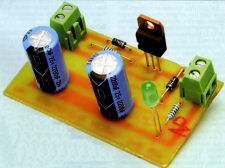 If you have a model railway then it’s likely to have one, two or maybe dozens of sets of points. That means you need at least one CDU to power them. This project is simple and cheap to build that you can now have several CDUs to enhance the performance and reliability of your model railway points. Also check our Automatic Points Controller project in March 2014. 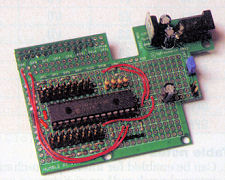 A look at number systems, more Python Quickstart tutorials and a port expander for your Raspberry Pi are described and  Home Baking introduces the steps needed to set up your Pi as a web server. Essential entertainment for Pi users everywhere!

Our PIC expert breaks the news about the demise of MPLAB and suggests some workarounds for PIC fans wanting an alternative software solution. 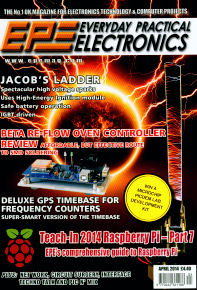