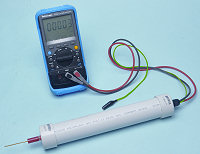 Specially designed to measure EHT voltages typically found in a CRT monitor or TV, microwave and other high voltage appliances, this special high-voltage adaptor will work with most digital multimeters, allowing measurements of up to 25kV to be taken. For skilled and experienced constructors only, please heed the explicit warnings and cautions published in the article. 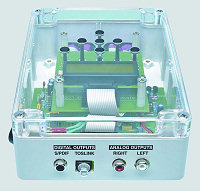 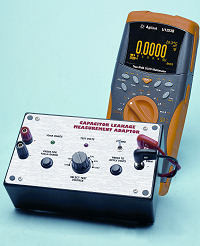 This project is a “cut down” version of the Digital Capacitor Leakage Meter we described in November 2011’s edition. Instead of using a PICmicro and LCD panel to display the leakage current, this “lite” version connects to your DMM to provide the readout. It measures leakage down to 100 nanoamps, and generates a range of internal test voltages from 10V to 100V. The perfect add-on test equipment for every multimeter owner.

Web Server in a Box FAQs 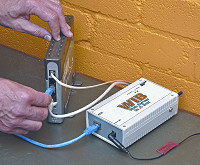 Here’s a round-up of frequently-asked questions, tips and workarounds for our hugely popular Web Server in A Box project published in December and January. Lots of practical advice will be found in this essential follow-up article! 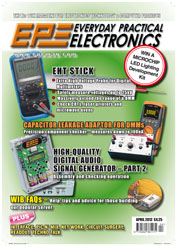