This very sophisticated digital signal processor is an exciting project that can play a wide range of roles. It’s a tone control on steroids! More accurately it is an advanced Active Crossover/ DSP/ Parametric Equaliser.

Providing the ultimate in control, it’s a true high-fidelity design offering 0.001% THD+N.  The circuit uses DSP to provide an 8-channel parametric equaliser so you can adjust frequency response to exactly the way you want it with really low distortion and noise. Or use it to ‘bi-amplify’ a pair of speakers or simply experiment with any audio signal.

It has a future-friendly modular expansion capability. Features include a 128×64 graphical LCD and menu-driven interface. Software written in Microchip C. In Part One this month, the circuit diagrams are examined, and the microcontroller and front panel electronics will be described in the next two parts. 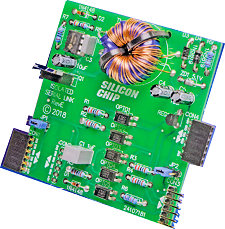 This nifty project allows you to transmit serial data over an opto-isolated, bi-directional link. It provides total isolation and allows mains powered or high voltage loads to be controlled in safety.

USB powered, it works with 3.3V or 5V levels at either end. Discrete, through-hole construction. Applications described in this month’s project include connecting an Arduino to a high voltage load. 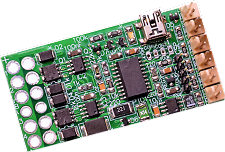 This multi-channel pump and fan speed controller can be used anywhere you need to adjust the speed of low-voltage DC fans or other PWM-controlled devices. It is versatile and is easy to set up using an onboard USB interface. It provides both absolute or differential control, based on either the absolute temperature of one or two sensors, or the difference in temperatures between two sensors. Up to four NTC or digital sensors can be used.

In Part Two this month, we cover PCB assembly, interwiring and adjustments. 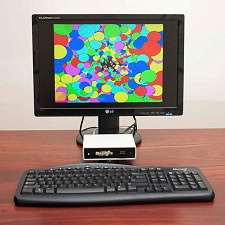 This surprisingly powerful retro 80s home computer is a lot more than a blast from the past. This month we get to grips with some programming, looking at MMBASIC and interfacing the hardware. We’ll have fun with some classic games, too!

Using a tiny PIC10F processor this month we develop a temperature and humidity sensor based around the DHT12 sensor. The design and development of the circuit is analysed followed by an tutorial about creating the PCB using EagleCAD. 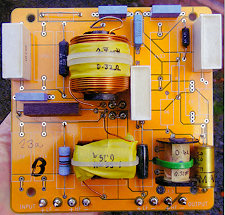 This month we lay bare an advanced and adaptable speaker crossover suitable for the BBC LS3/5A monitor speaker project. A range of variants are also described. 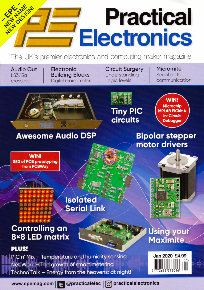