This month’s Net Work starts by looking at what’s happening in the UK energy market, with dramatic rises in the cost of gas and electricity now hitting consumers. (How the UK price cap review works is explained by Ofgem at https://tinyurl.com/mry964ah.)

There’s news of a crop of ‘gigafactories’ that are springing up to make EVs and batteries. UK battery maker Britishvolt (https://www.britishvolt.com) has announced a battery gigafactory (photo) of its own in Northumberland, north-east England and Anglo-Korean Eurocell is also promising a new site that it says would reach full production by 2025. More details are at https://eurocell-emea.com. 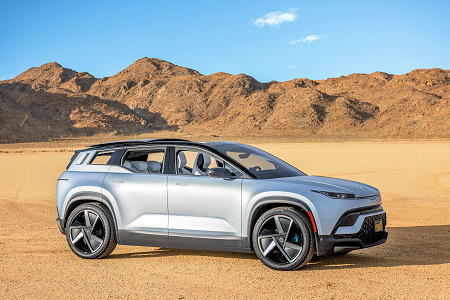 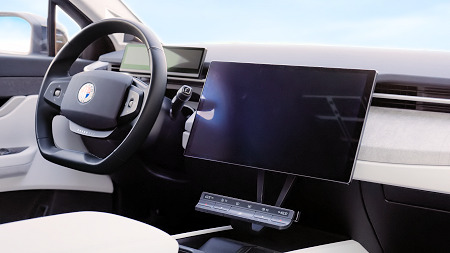 In the EV market, more EV projects that are breaking cover include the all-new Fisker Ocean electric SUV (photos, above) which debuted at Mobile World Congress in Barcelona and is destined for Europe. Readers can take an early look at https://www.fiskerinc.com.

I talk about the emerging idea of Vehicle-to-grid (V2G) – when an EV battery could be used to supply power back to the UK National Grid. An interesting summary of V2G is online at https://www.nationalgrideso.com/future-energy/net-zero-explained/electric-vehicles/evs-electricity.

Singapore-based Sembcorp, a sustainable energy solutions provider, recently announced that Europe’s largest battery energy storage system will be built on Teesside in northern England, to help the UK achieve its ‘Net Zero’ target. It will be home to a 360MW (!) Li-Ion battery storage system offering several hours of power, and the near-instantly available power boost will help balance out the National Grid’s supply lines. See https://www.sembcorpenergy.co.uk/blog/sembcorp-energy-uk-secures-150mw-battery-storage-in-capacity-market-auction/. Nearby, a new 300MW natural gas power plant – the Whitetail Clean Energy site (https://whitetail.energy) – could be built by Sembcorp and the zero-emission site will use gas and oxygen, rather than air, for fuel; the turbines would be driven by liquefied carbon dioxide rather than steam. It would capture up to 800,000 tonnes of CO2 a year for storage under the North Sea. 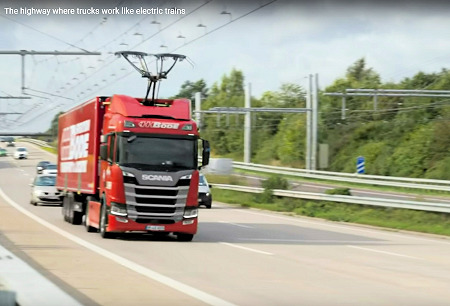 ^ A prototype Scania electric truck charging during motorway trials in Germany. A 20km trial is being  considered in the UK. (Image: Tom Scott/ Youtube)

I write about trials that are under way to test the feasibility of electric trucks. They’re already catching on in Sweden, with Volvo Trucks offering a range of vehicles for urban and local deliveries (see https://www.volvotrucks.com/en-en/trucks/alternative-fuels/electric-trucks.html). I mentioned that British motorway trials would use 20km of overhead lines to power electric trucks running beneath them. Some proofs of concept trials are already running on a 2km stretch in Sweden (see the report on https://www.youtube.com/watch?v=27100u7IcII for example) as well as in Germany (https://www.youtube.com/watch?v=_3P_S7pL7Yg).

Following my item last month on the Autoflight eVTOL ‘Prosperity 1’ all-electric flying taxi, the makers report that the craft has achieved its first ‘transition flight’: shifting from vertical take-off to forward motion and back again. The three-passenger-plus-pilot aircraft has eight vertical props and two horizontal ones, and you can witness the test flight at https://www.youtube.com/watch?v=QPqFCJC7ozs.

I highlighted new permanent magnet recycling and reclamation facilities starting in the UK, one of only three facilities outside China.  An area in eastern England is also becoming a tariff-free Freeport with factories being established nearby to manufacture wind turbines – each of which is said to contain several tonnes of permanent magnets. The industry supplier Goudsmit has more background at https://bit.ly/pe-apr22-mag. The UK Government is also investing in the emerging idea of floating offshore ‘wind ports’ to generate electricity. Some concepts were floated, as it were, by Equinor at: https://bit.ly/pe-ape22-osw

Google or Alexa? You decide

A booby prize goes to Google, whose 1st generation Home Hub LCD screens seem to be ‘bricking’ without warning, rendering them useless. Google has been totally tight-lipped about addressing the issue and no-one’s reported a software fix, but fingers point to firmware problems or some bloody-minded changes in Google’s network. Of course, hardware warranties only last typically for one year anyway, and mine was barely two years old before its software was suddenly hobbled. It would appear that unhappy users are expected to toss the things away.

In comparison, Amazon guarantees their Alexa-powered Echo devices will receive software security updates until at least four years after the devices are last made available for purchase. A clear timetable UK) is published at https://www.amazon.co.uk/gp/help/customer/display.html?nodeId=GMZQWNQRVENX4GTQ which offers users some reassurance about the likely operating lifespan of these smart displays and speakers. 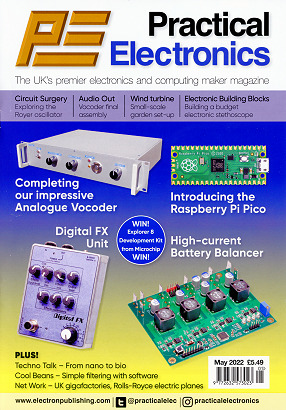 Did you notice this month’s cover colour scheme?

Fifty years after Russian Soyuz and American Apollo capsules docked in space to symbolise friendship and co-operation (see  https://www.encyclopedia.com/science/news-wires-white-papers-and-books/apollo-soyuz), the space programme has become another tragic casualty of the turmoil in Europe, starting with the UK’s OneWeb LEO satellite project. The next tranche of 36 OneWeb satellites, using Soyuz rockets due to blast off in early March, was duly grounded when the UK Government refused to meet some demands.

OneWeb then suspended all further satellite launches from the Baikonur Cosmodrome in Kazakhstan. Larger rival SpaceX is offering to launch them instead, it is reported. Soyuz launches from French Guiana have also been cancelled by Roscosmos – the site is where the James Webb telescope was launched last December using an Ariane rocket (see https://webb.nasa.gov/content/about/launch.html).

That’s all for this month’s Net Work – check the monthly magazine for the full article!