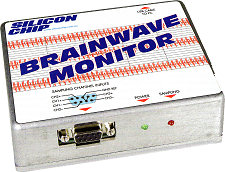 This Arduino-Nano based EEG (electroencephalograph) project can detect brainwave patterns, display them on a computer screen and save them for later analysis. The Brainwave Monitor has three channels allowing multiple waveforms to be streamed via electrode pads, details of which are also included. It connects to a PC via USB and Windows software is also included in this month’s download. 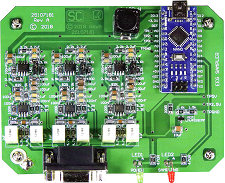 The Arduino IDE can be downloaded from  https://www.arduino.cc/en/Main/Software

This project is for interest, educational and instructive use only. Do not rely on this device for forming a medical diagnosis. No mains connections are allowed. Any laptop or notebook connected to this device must be stand-alone battery-powered only.

This powerful and versatile sound storage and playback module will find a multitude of uses. It can be loaded with dozens of .wav sound effects, audio tracks lasting from fractions of a second to hours, and it boasts virtually unlimited playback time and advanced controls.

Audio is stored on a MicroSD card and the module incorporates an onboard 1.2W audio amplifier. It can digitally mix separate sound tracks, loop, speed up or slow down and play them sequentially or randomly.  Its compact size makes it great for toys, model trains, greetings cards, vending machines, exhibitions and lots more besides. PIC32-based with free source codes downloadable from the link (above, right).

Control your PC with an IR Remote

Don’t have a Smart TV or a ‘smart’ HDMI dongle like a Google Chromecast or Amazon Fire TV Stick? If instead you connect a computer to your TV to maybe surf the web, play videos, music and games then this project could be just for you!

It allows an infra red remote control to operate important computer functions like play, pause or next track without having to fumble with a computer mouse or keyboard.  It uses very few parts, namely a Leonardo Arduino or similar compatible board (see text), and an IR Tx and Rx module pair. Free software files are downloadable from the link (above, right).

This project triggers a piezo sounder when a metal doorknob is grabbed, and is ideal as a simple intruder alarm, or for kids to have fun with by guarding their bedrooms. It works best with timber-framed doors and timber doors having metal door locks. 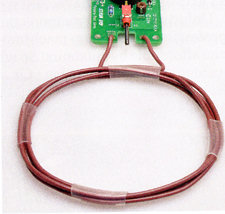 Electronics for a dynamometer 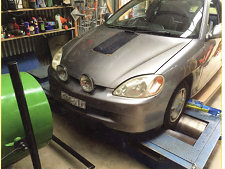 An interesting personal project describing how a second-hand ‘rolling road’ dynamometer (or its mechanical parts) was brought back to life with some clever electronics and computer software. A fascinating read for anyone interesting in measuring vehicle performance on a dyno. 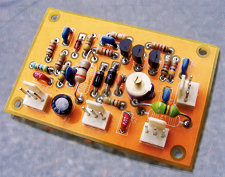 Construction of the PE Theremin continues with the volume and VCA boards, plus lots of general practical advice, hints and guidance that will be of interest to Theremin enthusiasts everywhere.

Also in this issue