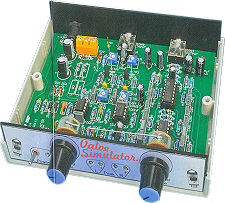 Traditional audiophiles often swear that music processed by thermionic valves (vacuum tubes) is better than their semiconductor descendants – it’s said that valve-based audio is much more melodious and pleasing to the ear than harsh, sterile transistorised music tracks. 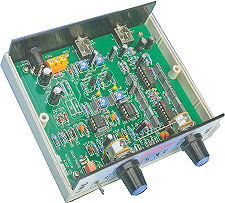 Controls allow loudspeaker response and clipping levels to be fine-tuned, helped by LED clipping indicators. Single p.c.b. based and plug-pack powered, the unit can be placed in series with any solid-state mono or stereo amplifier. 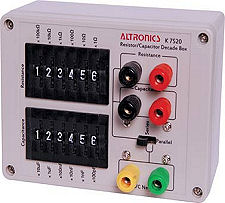 A resistor or capacitor substitution box is a handy addition to the experimenter’s toolbox, allowing on-the-spot testing and tweaking of developmental circuitry by swapping component values at the touch of a switch.

This latest two-in-one design offers the best of both worlds, allowing values for R and C to be dialled into a bank of thumbwheel switches. Resistors and capacitors can be used independently or combined to form series or parallel RC networks, ideal or experimenting with filters or timing networks. At the time of writing, a kit was available from www.Altronics.com.au  K7520. 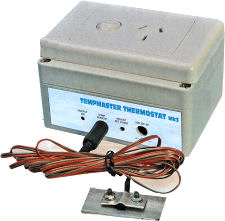 Many constructors will have built a thermostat of one type or another and this month’s issue of EPE features a new and improved revision of our TempMaster Thermostat (EPE Feb 2011). 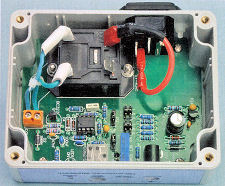 (Photo shows non-UK mains socket). It has a multitude of uses including converting an old chest freezer into an energy-efficient fridge, converting a fridge into a wine cooler or controlling the heaters in home-brew setups, hatcheries, vivaria, terraria and tropical fishtanks. It has a user-selectable heating/ cooling thermostatic option, and it controls the fridge/ freezer or heater directly via its own power cable which avoids the need to modify any internal wiring. It can even be adapted to handle 12V or 24V fridges or freezers.

Improvements in the Mk. 3 include a cleaner, more jitter-free switching action, reduced power consumption and an expanded temperature range of -23° to +47°C.

At the time of writing, a short-form kit was available from Jaycar.com.au (KC-5529)

Old fridges and freezers can be dangerous. Take care to ensure children do not play with them or accidentally become trapped inside them.

Our premier electronics education series analyses this month the principles of heat and power dissipation in electronic circuits, thermal resistance and heatsink calculations. Our fourth Get Real project is a VU Meter.

Our in-house PIC expert returns this month to the topic of making your own parts for use with Fritzing, the free circuit and PCB design package for hobbyists (www.fritzing.org). Also see January 2015 issue.

Also in this month’s issue