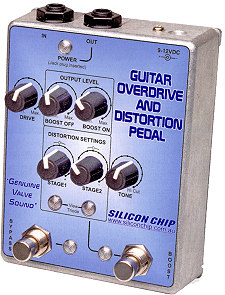 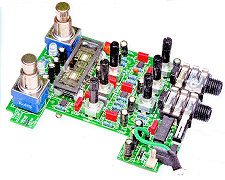 For some audio purists, there’s no substitute for the true ‘valve sound’ of thermionic valve-based projects, so here’s another project utilising the exciting and unique Nutube twin triode valve (vacuum tube) at the heart of a guitar overdrive and distortion pedal. A compact low-voltage 6P1 dual-triode manufactured by Korg at last brings valve characteristics to modern guitar effects and this project has two distortion stages and true bypass and boost switches. It has automatic and silent on/off switching and runs from a 9-12V battery or DC power pack and, of course, the triode’s luminescent glow is evident on the front panel!

Some  surface-mounted devices are used and good soldering skills are recommended. 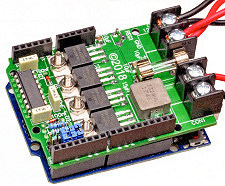 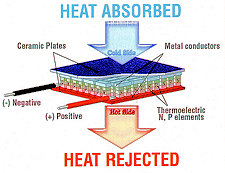 This Arduino-based project is a flexible and precise heating or cooling temperature controller with a multitude of applications. It will soon find a use in homebrewing or cookery, horticulture, tropical fishkeeping, bench or lab work, and much more besides. It can control 200W of Peltier devices and utilises multiple temperature sensors for more accurate control. The project is spread across two Shields, the Peltier driver and the thermal regulator Shield. Some practical examples are included along with an explanation of how Peltier heating and cooling devices work. The circuit operation is described in Part One this month.

There are many cheap Software Defined Radio (SDR) modules available which perform well at VHF/ UHF but they generally have poor HF (3-30MHz) performance. They also suffer from wide-open front ends which makes them prone to cross-modulation from strong signal sources. This Tunable HF aerial preamp greatly improves SDR HF performance and has a tuning range of 5-24MHz.  It’s low-cost and easy to build, has (optional) gain control and can run off a 5V supply or phantom power. 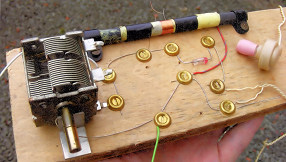 Here’s something for Dad and children to have a go with – our Audio Out column reminisces about the golden days of the British Ladybird books for children, reviving the Learnabout… making a Transistor Radio project which was built on a proper wood ‘n screws breadboard!   The principles of a traditional ‘cat’s whisker’ or crystal set are described and the super-easy hands-on construction is described next month.

Making it with Micromite
Part 26: Having fun with a Micromite Plus 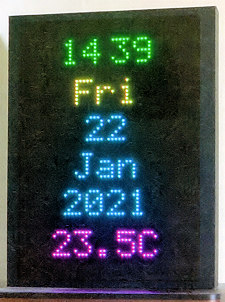 This month we embark on the design and construction of a smart-looking clock that uses an RGB LED matrix panel as the display. Apart from showing the time, day and date it will also display ambient temperature. The project exploits the extra MMBASIC commands and power of the Micromite Plus.

The clock’s hardware is described this month and next month the Micromite Plus will be tested and configured.

Onwards and upwards with the creation of this fantastic new prototyping tool. The design and development of the printed circuit board is described this month, including modern-day techniques for uploading CAD files and outsourcing manufacture to China.